If you've still not woken up from the third season of David Lynch's Twin Peaks and are still wondering around this Washington state village, immersed by the smell of Cherry pie and damn fine coffee that hides some kind of evil among the Douglas Fern woods, then we'd like to show you how to make on of the coolest Halloween costumes this year. Learn how to make a DIY Dale Copper Halloween costume with oneHOWTO, but if you have not yet started the 3rd season, avoid scrolling further than the first tutorial, as there are a few spoilers further down!

You may also be interested in: How to Make an Eleven from Stranger Things DIY Costume
Contents

If want want your very own special agent Dale Cooper costume for the perfect Twin Peaks Halloween, follow these instructions for your DIY Dale Cooper Halloween costume that you can easily do at home:

Well, this will be as simple as having your very own black suit at home. As dark as a moonless night, just like Dale also likes his coffee, the FBI agent wears a classic-fit, black suit with a white shirt underneath. Make sure it's perfectly ironed, remember the Federal Special Agent is extremely tidy and particular. Make sure the cuffs fit perfectly too. Shoes should also be either black or dark brown, polished and brushed, which is a routine Dale repeats every morning after yoga and before his cup of coffee to find out who killed Laura Palmer.

Another characteristic of this FBI agent's costume is his tie. Although he's seen sporting many throughout the series, he tends to like diagonal striped ones. Go for a rouge and navy blue striped tie, or a red and white. Another easy option is to go for a simple black tie, which he's also seen sporting in some episodes.

For the perfect cosplay outfit, detail is key. This is why one of the most essential accessories you should have on you is the tape recorder where he speaks to his beloved Diane. If you don't own one and don't want to spend any money buying a second-hand recorder, you can simply make it out of cardboard with a big match-box or similar.

If it's cold outside,you don't need to break your role. Dale Copper stood the autumn weather of twin peaks with a classic detective accessory: the trench coat. A camel colored trench coat, again perfectly ironed and buttoned up will give you the final touch to your outfit.

We all know how much Coop loves his coffee, so a Twin Peaks Police department coffee mug is perfect to give that extra touch to your DIY costume. If you don't want to purchase one, a simple white coffee mug will also do the trick.

Other useful accessories include an FBI badge, watch and gun.

If there's something that can't fail in this costume is Cooper's hair. A slicked back haircut is what you'll need. Use a ton of hair gel or pomade to make sure your hair is perfectly flipped backwards and there aren't any straight hairs hanging from anywhere. If you don't have dark hair, you can use a wash-off dye or use a wig instead.

If you have not yet begun watching the third series we advise you to stop reading here. If you're still reading we assume you have or you don't mind the spoiler so, let's get on with it. Dougie is Cooper's Doppelganger, a body in which the real Dale Cooper gets trapped in after visiting the Black Lodge. He can only repeat what others say, he's naive, basic but he still somehow seems to get along with life perfectly well.

The Dougie version of Agent Cooper is quite the contrary of the original Coop, as he has to wear the original Dougie's clothes, which are at least a size or two too big on him. He wears a big lime green blazer without buttoning up and, although it should be ironed, it should be a size bigger on you. The pants of his suit are camel green, and they should look slightly baggy on you, if they are too long and you're dragging them on the floor, that's perfect. Dougie wears a white shirt that is hardly ever buttoned to the top, just if you're also wearing a tie in the right place, as you can also put it on your head as if it were a pair of ears, as we see him do in an episode in season three. The tie Dougie wears also has diagonal stripes, but in this case they are grey and black. Similar colors can also do the trick. Remember you can wear it the traditional way or on your head.

Dougie doesn't wear many accessories, his shoes should be polished and maybe a size too big. You can also add a white take-away coffee cup with the name "Dougie" written on it. He may have forgotten whom he is, but he still adores his coffee!

Like the original Dale Cooper, you will have to slick back your hair with a good amount of hair gel. Create a side parting, as this older version of Cooper styles his hair in this way, or rather his wife does.

The Dale cooper whom leave the Black Lodge at the end of season two is definitely not the same that entered. Twenty five years later, Evil Cooper, possessed by the spirit of Bob is the most sadistic criminal around. Although we can also go for the Bad Cooper that's in jail, we find the free Bad Cooper costume way more iconic and interesting.

Bad Cooper's a bad ass, so he needs to dress accordingly. Bad Dale wears a white t-shirt that, surprise, you don't need to iron at all! Put on a black, zip-up leather jacket that is kind of tight fitting and you're done with the top.

The pants can be dark or even black and should be tight fitting. Slip on some dark leather boots tucked inside the pants and you're basically done. We're not going to add an accessories section for this Dale Cooper Halloween costume as the Evil version doesn't really have any apart from, maybe, a gun.

As you can see, Bad Dale Cooper has grown his hair further down to jaw-height. You will still need to slick back your hair, but in this case we'll need a more disheveled look, so use hairspray and make your hair a bit messy to create waves at the tips of the hair.

Bad Coop needs a bit more tweaking when it comes to makeup. His facial expressions are highly marked, so we advise you to use black powdered eye shadow to gently mark your expression lines. You can also add some on your hands, as Bad Dale Cooper's hands tend to look grubby.

Now that you know how to make a DIY Dale Cooper Halloween costume, you might want to convince your friends to all go dressed up in Twin Peaks costumes. This is why oneHOWTO has a few popular ideas so you can all have your own character.

Norma's Double R Diner waitresses wear a very characteristic uniform. Whether it's Anne or Shelly, they all wear a mint green waitress dress with white rims. This may be pretty difficult to customize yourself, so it may be best to purchase a similar dress in a specialized shop or an cosplay costume online store. Make sure you wear a matching head band too.

Remember when Nadine though she was still in her teenage years and went back to high school? Her cheerleader costume is one of the most iconic, and it's pretty easy to gather. With a red cheerleader skirt and a red jumper with white rims you'll be ready to go. You'll just need to add the letters "TP" in a cheer-leading typo. Wear white sneakers and socks up to your shins.

You can complete the look with a red-hair curly wig and a pirate patch to look just like good old Nadie.

If you love David Lynch's character in all of the seasons, then you'll have a pretty good guide on how to get the look with the first Dale Cooper costume tutorial. However, you should probably spray paint your hair grey (if it is not this color already) and pay attention to how to make a DIY earpiece, the one he always wears connected to his chest pocket. Get a set of old earphones you no longer use. Get some masking tape and roll it around the earpiece a few times. Spray paint the whole of the earphones in white. Cut off the mini-jack connector.

On the other hand, get a matchbox and cut it in half. Use one of the halves and paint it white. Use super glue to stick a white toothpaste cap for the earpiece's volume regulator. Stick the loose cable to the box and you can now place it on your chest with some double tape!

One of the most iconic characters has to be Audrey Horne, the heiress with the seductive smile. Choose a knee length plaid skirt in any color, although it's best if it's dark. The top should be in a light color such as white or grey. On your feet, you'll need some heeled, black and white saddle shoes to complete the look. Wear a short, dark wig and don't forget the red lipstick and the mole next to your left eye.

The appearance of Diane is one of the most awaited moments of the third season. The mysterious ex-FBI agent appears in a number of wigs and outfits, but we'll give you some tips to get the look right no matter what appearance you'd like to depict in your cosplay outfit.

Choose a red silk dressing gown with floral motifs with a tight fitting, black t-shirt underneath. Another option is to wear a classy, red t- shirt and a black pencil skirt too.

Put on some colored bangles as an accessory and a pair of black heels on.

The most important part of this outfit is the wig. Choose a white-blonde wig with bangs or the same type of wig in red. Her nails are also an iconic part of Diane's outfit. To do Diane's nails, choose black for your thumb and little finger. Your ring finger should be in a deep maroon color, your middle finger should be painted white and your index finger red.

If you want to have a TV-themed Halloween party, at oneHOWTO we provide you with other tutorials so you can make a costume based on your favorite character:

If you want to read similar articles to Make a DIY Dale Cooper Halloween Costume (and other Twin Peaks Characters), we recommend you visit our Festivities & Celebrations category.

DIY Handmaid's Tale Costume for Halloween
How to Make a Chucky Halloween Costume
Homemade Exorcist Girl Costume for Halloween - DIY Guide
How To Make A DIY Edward Scissorhands Costume
Most read
1.
How to ask a girl out for Valentine's day
2.
How Should the Godmother Dress at the Baptism
3.
What to Write in a First Communion Card
4.
How Do I Dress for a Christening or Baptism
5.
How to Make a Homemade Egyptian Costume
6.
What to Wear on Sangeet Night - Women and Men
7.
How much money should a godparent give for a baptism?
8.
How to Make an Astronaut Costume for a Child 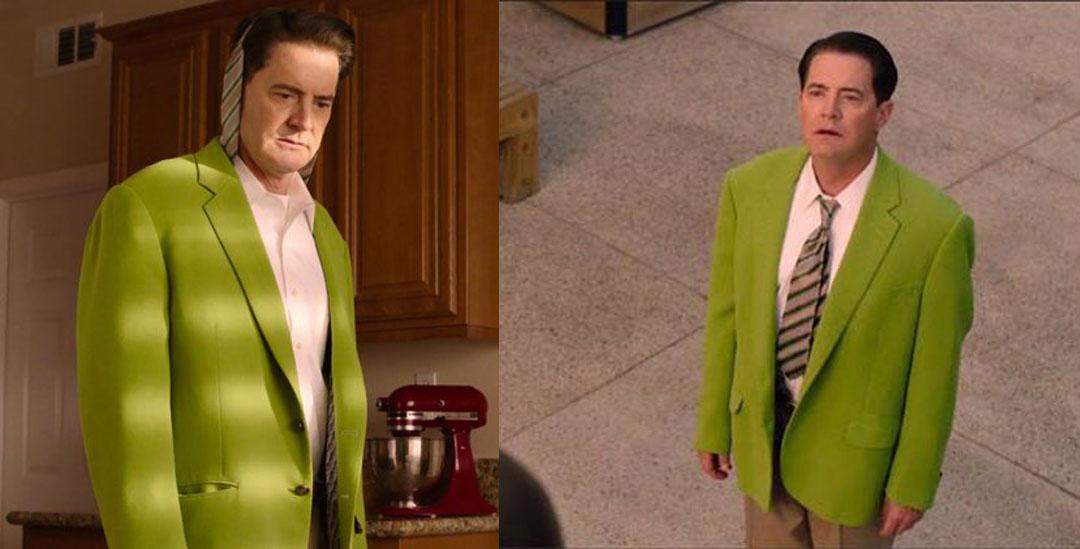 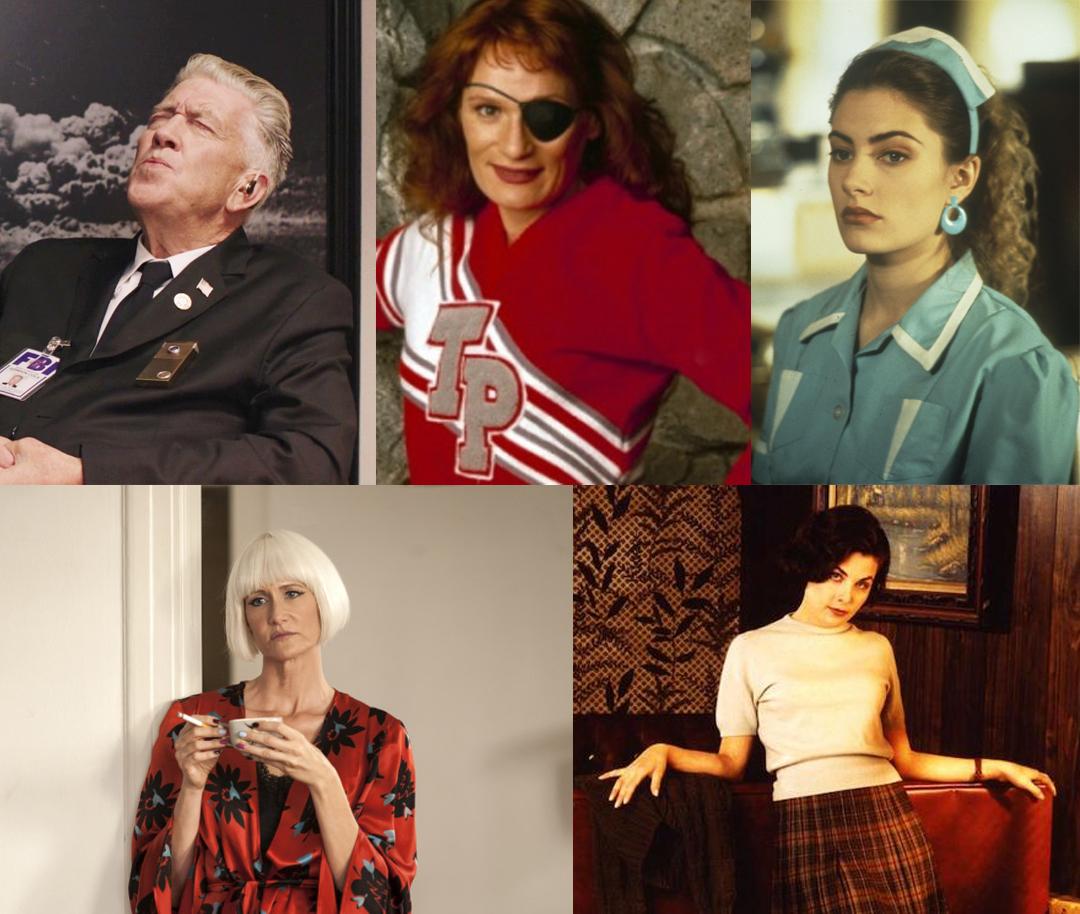