We all have our own holiday traditions which can vary greatly according to country and culture. While some of the basic tenets may remain the same, the activities can vary greatly. Sometimes the same sentiment can be represented by varying traditions, sometimes the same tradition can have varying interpretations. In Spain, the New Year celebrations are a very important part of the holiday period. Although Roman Catholicism is the predominating religion, New Years is often more significant for many Spaniards. They celebrate the new year in various ways, but one of the most idiosyncratic is the eating of 12 grapes when the clock strikes midnight.

At oneHOWTO, we explain the origin and meaning of eating 12 grapes at midnight on New Year's Eve.

You may also be interested in: New Year's Eve Traditions To Bring Good Luck
Contents

Why do you eat grapes on New Years Eve?

The origin of the Spanish tradition of eating 12 grapes dates back to 1882. At this time, the bourgeoisie boasted about eating grapes on New Year's Eve while drinking Champagne. This was a luxury not all could afford or even have access to at the time. One of the theories is that some of this group would go to the main square of their town or city and eat one grape for each chime at midnight.

However, there is another theory about the origin of the 12 grapes tradition. This was in 1909 in the city of Alicante where grape and wine merchants had a healthy harvest. The grape harvest was so vast, they needed to offload some extra grapes and so came up with the ideas to promote grape eating on New Year's Eve.

It is likely that both origins are true. There is evidence to suggest the tradition stemmed from before 1909, but the Alicantese grape growers solidified it. While it was once only the custom of the wealthy, it was brought into popular practice and continues to this day. The actual meaning of the twelve grapes seems likely to be a countdown to the 12 chimes of the New Year, more of which we will discuss later.

What if you don't drink the grapes on New Year's Eve?

While the tradition seems to have been popularized by grape makers for ostensibly practical and commercial reasons, this never stops some good old fashioned myths being created. This has led to some people believing the eating of grapes takes on spiritual meaning. Like many traditions linked to spiritualism, a superstitious element has also arisen.

The superstitious element is that anyone who is unable to eat all of the grapes will suffer bad luck in the upcoming year. For this reason, many grape sellers market the grapes as providing good luck. Some will go as far as to say that you should make a wish for each grape you eat, amounting to 12 wishes for the new year in total. This good luck aspect has become very popular, adding to the enthusiasm with which many people eat the grapes.

Unfortunately, grapes can be a potential choking hazard, especially for the elderly or very young. There are cases of people having died due to eating grapes at Christmas, including a 3 year-old boy in 2019[1]. Since many people try to stuff all the grapes in their mouth at the same time, this risk is exacerbated.

Why do people eat grapes under the table?

This practice is not followed by everyone. Eating under the table is said to bring luck in love and relationships, so only people who want to find a partner the following year should do so. Like the original tradition, each person can make 12 wishes for the new year.

There are other types of traditions that go hand in hand with the twelve grapes on New Year's Eve, such as wearing underwear of a specific color to attract good health (red in Spain, yellow in Mexico or Chile), sweeping the entrance of the house to ward off bad luck, fill your purse or wallet with lentils to have money and plenty or go out that New Year's Eve and walk around the block with a suitcase to travel a lot in the coming year.

Different countries have known how to adapt and imbue this tradition with their own culture. Different rituals have arisen around the practice and it is surely to change again as time progresses. Maybe you have your own ideas of how to adapt the eating of 12 grapes at New Year's.

What grapes are eaten on New Year's Eve?

The traditional thing is to consume fresh green grapes, either with or without seeds. Being a tradition so deeply rooted in Christmas, many fruit vendors promote white grapes to consume on New Year's. In fact, many will sell individual packets with 12 grapes exactly inside. While pretty much any white grape can be eaten, some claim the best varietal is Aledo grapes.

The number of grapes eaten on New Year's Eve corresponds to two meanings. On the one hand, it is the number of chimes that mark the end of December 31 and the beginning of January 1. But it also has to do with the twelve months of the year and corresponds to an annual balance. Each grape symbolizes a month lived and another twelve that are yet to come, which are awaited with enthusiasm and good energy.

It should be said that not all countries eat fresh grapes on New Year's Eve. In some Latin American countries and in Portugal raisins are usually eaten to the sound of the chimes. The main reason for this custom is that in these countries Christmas does not coincide with the high season for this fruit.

For more international traditions of celebrating the new year, take a look at the following articles:

If you want to read similar articles to Eating 12 Grapes at Midnight on New Year's Eve, we recommend you visit our Festivities & Celebrations category.

How to Celebrate Chinese New Year
How to Celebrate New Year in India
Indian New Year Traditions
How to Make Chinese New Year Envelopes
Most read
1.
How to ask a girl out for Valentine's day
2.
How Should the Godmother Dress at the Baptism
3.
What to Write in a First Communion Card
4.
How Do I Dress for a Christening or Baptism
5.
How to Make a Homemade Egyptian Costume
6.
What to Wear on Sangeet Night - Women and Men
7.
How much money should a godparent give for a baptism?
8.
How to Make an Astronaut Costume for a Child 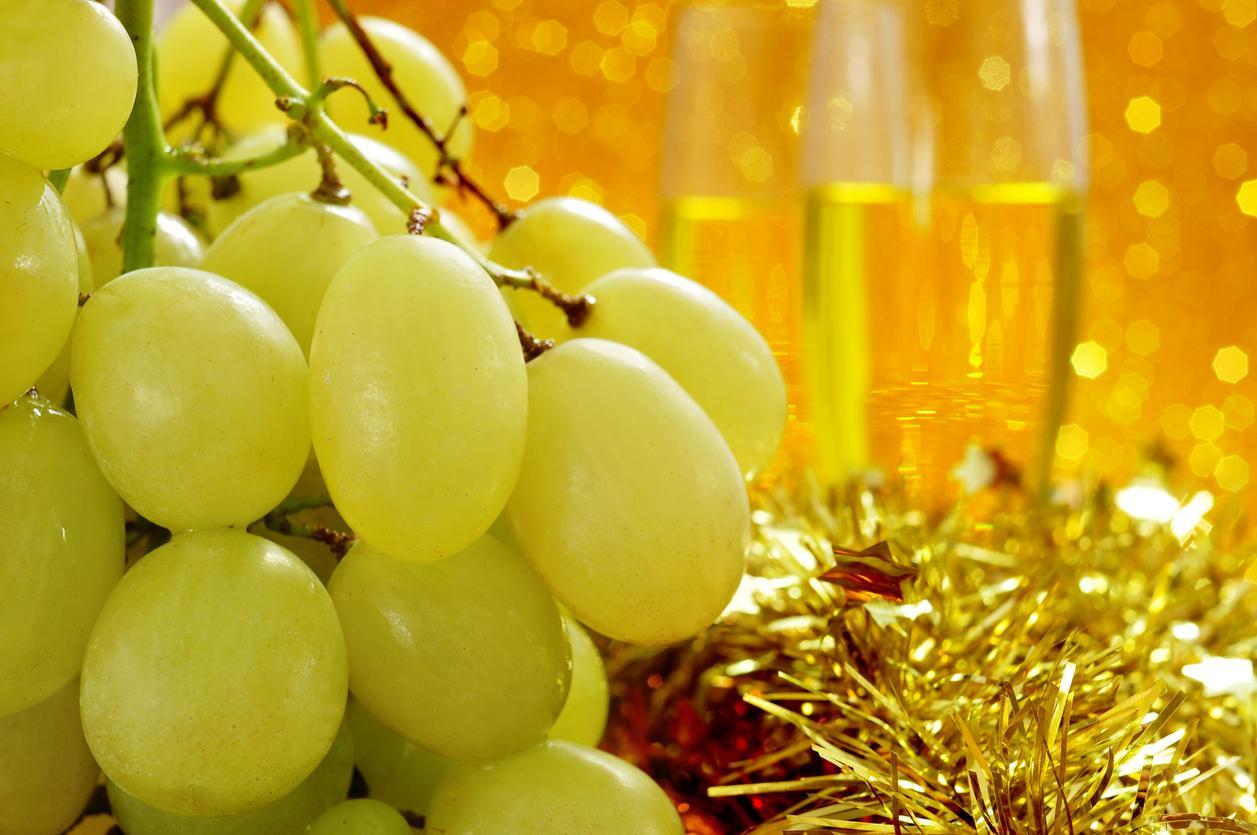 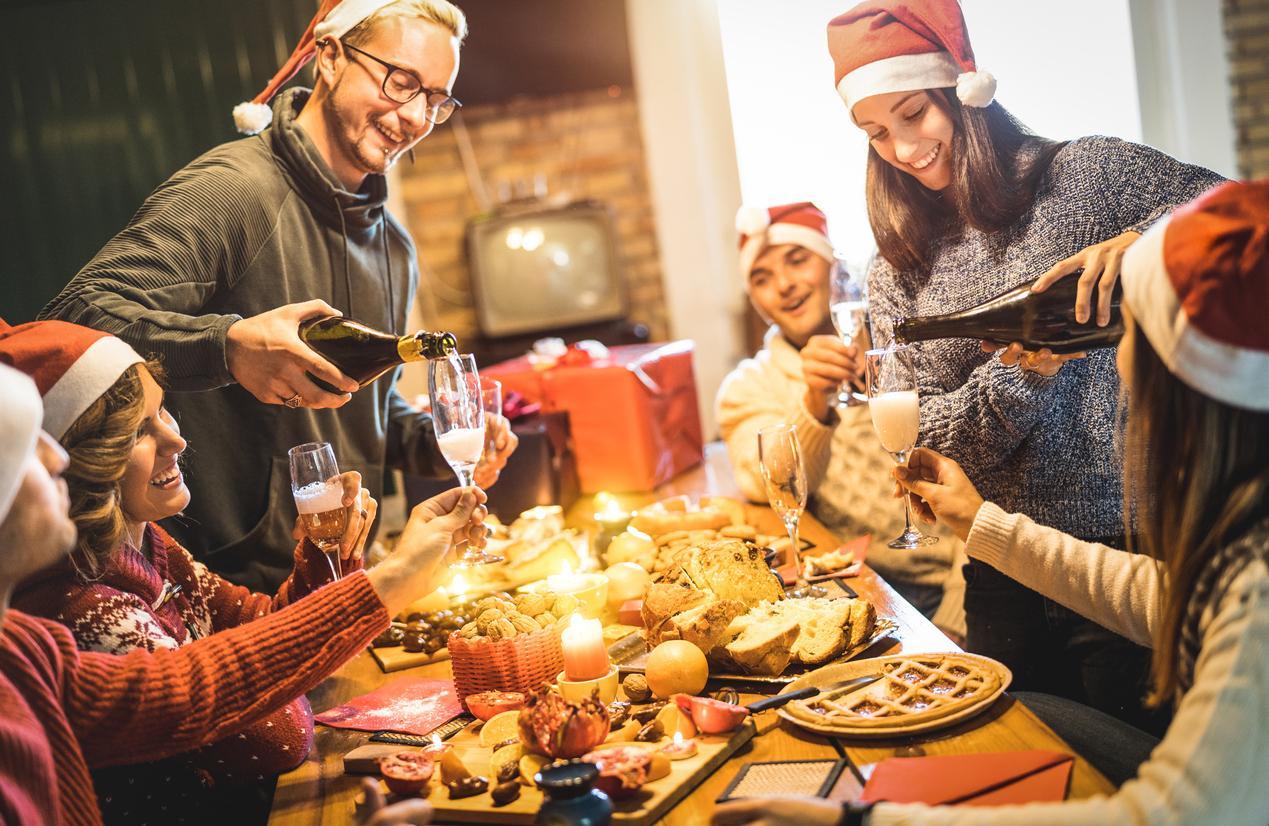 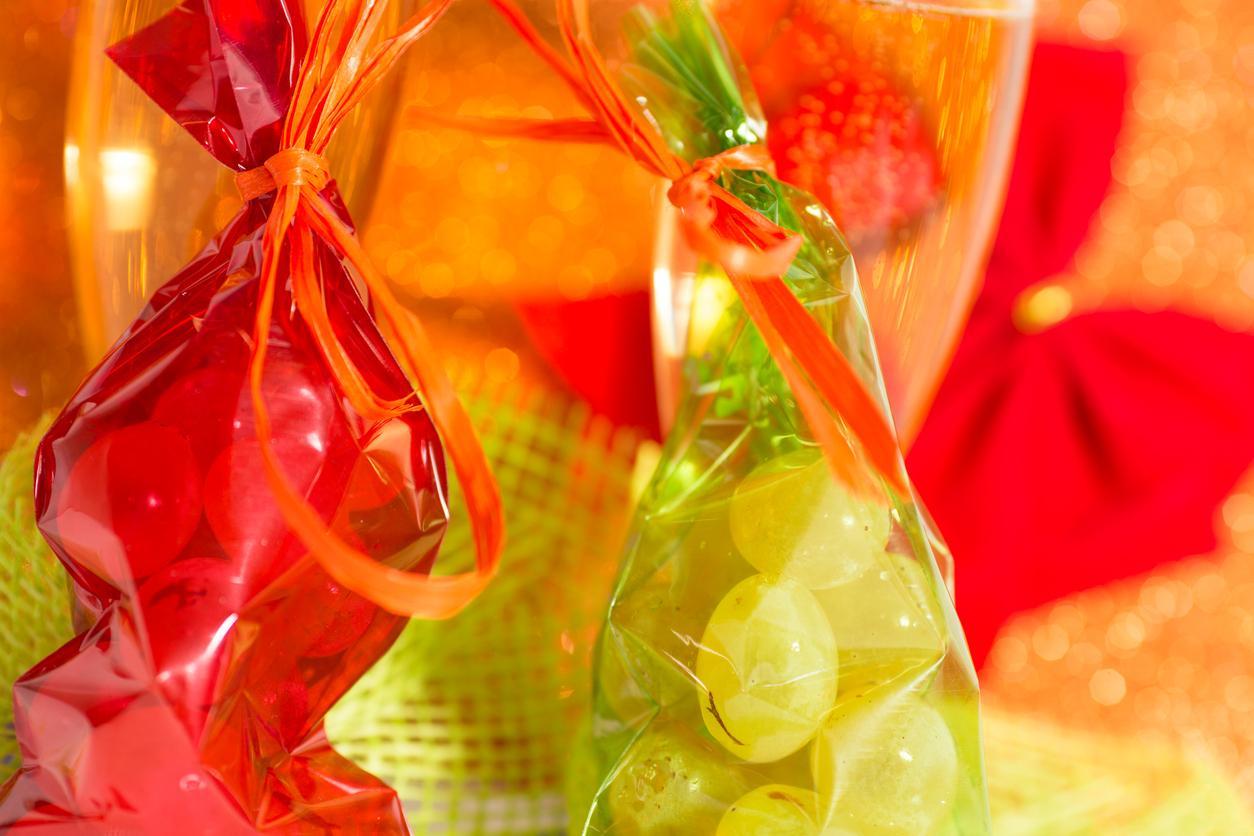