What color underwear should I wear on New Year's Eve

New Year's Eve, is the last night of the year in the Gregorian calendar, comprising from the 31st December to the 1st January (New Year's Day).

The origin of this tradition goes back to Medieval times, a time when red was forbidden as it symbolized witchcraft. But in winter when everything seems dead due to icing, res turns into a symbol of blood and life and it was thought that it attracted good luck. As it was a forbidden color, the people decided to hide it in their clothes, establishing this tradition up to our times.

It has been many years since wearing certain underwear has been in. We'll quickly explain the options for men and women.

Before anything, the fundamental rule for underwear on New Year's Eve is it must be red (although on leap years the best substitute is pink).

Why? Belief says it attracts good luck and is the color to wear if you want to make sure everything is going to go well in the New Year. It also attracts love and passion

But careful! Another tradition says underwear only works to attract love and passion and yellow underwear (worn the wrong way around) attracts good luck and happiness. But you'll need to put them on the right way around after midnight!

Another condition is that the red underwear must be a gift if you want all your wishes to come true! So make a deal with someone so you don't miss on any details ;-)

For girls, may they be satin or lace, you need to wear red, provocative and new underwear. A bra, thongs, panties or short underpants. You can choose according to your preferences, but taking into account that it's preferable for both parts to match. You'll see they have more options in specialized shops and supermarkets as these dates get closer. Take advantage to take a look and tell your partner or family about anything you might fancy :-)

If you're a male, you can wear slip or red boxer shorts too. Take a close look at shops that have a good choice of brands and supermarkets. You'll se how there's not as much variety as for feminine underwear, but you'll surely find a pair that you like. Masculin underwear for this season is usually more fun and daring anyway.

Finally, if you don't feel like wearing red underwear, you can wear a red ribbon on your left wrist or a red garter for women. Or, as a last and symbolic resource, put a red lace on your new year's eve table.

If you want to read similar articles to What color underwear should I wear on New Year's Eve, we recommend you visit our Festivities & Celebrations category.

Tips
What to Gift your Brother on Rakhi - Top 7 Best Gifts
Preschool Teacher Gift Ideas
Buying a Gift for a Married Woman
Mason Jars Christmas Gift Ideas
Most read
1.
How to ask a girl out for Valentine's day
2.
How Should the Godmother Dress at the Baptism
3.
What to Write in a First Communion Card
4.
How Do I Dress for a Christening or Baptism
5.
How to Make a Homemade Egyptian Costume
6.
What to Wear on Sangeet Night - Women and Men
7.
How much money should a godparent give for a baptism?
8.
How to Make an Astronaut Costume for a Child

What color underwear should I wear on New Year's Eve 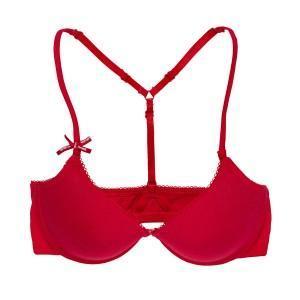