India is the land of Unity in Diversity. Its rich history has owed it a wide range of political and cultural transformations, as a result of which it has become a conglomeration of varied traditions. New Year celebrations in the country are fun and full of rituals, frolic and food. Music and dance are the integral parts of all festivities in India. Different people in different parts of the country have their own ways of celebrating New Year. Agriculture still remains the predominant occupation of Indians and New Year celebrations are usually associated with the starting of the country’s agricultural season. Read this oneHOWTO article to find out some Indian New Year traditions.

You may also be interested in: New Year's Eve Traditions To Bring Good Luck
Contents

New Year celebrations in the Indian state of Punjab are full of joy and enthusiasm. The day of New Year denotes the starting of the harvest season, due to which it is the most significant festivals among Punjabi farmers. They start the day with the Granthsahib recitation in the Gurudwaras. The day also commemorates establishment of the Khalsa Panth by Guru Gobind Singh.

West Bengal is often known for its rich culture and fertile land. Hence, New Year coincides with the starting of the harvest season in this state too. They call the celebration ‘Poila Boisakh’, and is celebrated on the first day of the Bengali calendar’s first month, Boisakh.

People of Gujarat celebrate New Year as the Bestu Varas. The day has a mythological significance in Gujarat, due to which it becomes an auspicious day in the state. They celebrate their New Year on the very next day of the festival Diwali. Gujaratis perform Govardhan Puja on this pious day. They buy new dresses and goods, and prepare sweets to celebrate this day. Then they distribute sweets and gifts among friends, relatives and neighbors.

People of Maharashtra celebrate their New Year on Gudi Padwa. The day of the New Year coincides with the pratipada, which is the first day of the Hindu lunar calendar’s first month (usually in March or April). On this day, Marathis erect Gudi, a decorated flag in their households. They decorate this flag with flowers and garlands. They place an upturned vessel of metal at the top of the flat, and then hang the Gudi outside their house’s door. They believe that this Gudi wards off evil and ushers good luck for the household. They have a notion that Lord Brahma created this world on the virtuous day of Gudi Padwa.

Rajasthani people celebrate their New Year on the day of Diwali. According to Hindu mythology, Lord Rama returned to his hometown Ayodhya after 14 years of vanvaas. So, on this day, they worship Goddess Laxmi and Lord Ganesha. Devotees pray the Gods to bless them with wealth and prosperity. Click here to know How To Do Lakshmi Puja On Diwali. Reciting the Satyanarayan Aarti is a popular ritual they follow on this day. They wear nice dresses and make special foods to celebrate their New Year.

People of Kerala call this day Vishu, and it is the most important celebration in this Indian state, as it marks the start of the Malayalam zodiac (during the second week of April). They perform the tradition of Vishukkani on this day, which means looking at the first things on the Vishu mornings. They religiously collect things like fresh lemon, raw rice, Vishu Katta, betel leaves, golden cucumber, metal mirror, yellow flowers, areca nuts and others, and arrange them carefully in their worship room. They take bath early in the morning and see their auspicious items on the morning of the Vishukkani. They believe that this brings good luck, wealth and prosperity to them for the rest of the entire year.

If you want to read similar articles to Indian New Year Traditions, we recommend you visit our Festivities & Celebrations category.

How to Celebrate New Year in India
Eating 12 Grapes at Midnight on New Year's Eve
How to Celebrate Chinese New Year
How to Make Chinese New Year Envelopes
Most read
1.
How to Make a Elf Costume on a Budget
2.
What to Write in a First Communion Card
3.
How Should the Godmother Dress at the Baptism
4.
How Do I Dress for a Christening or Baptism
5.
What to Wear on Sangeet Night - Women and Men
6.
What Is The Meaning Of Christmas Ornaments?
7.
How much money should a godparent give for a baptism?
8.
What Do Jews Eat During Hanukkah 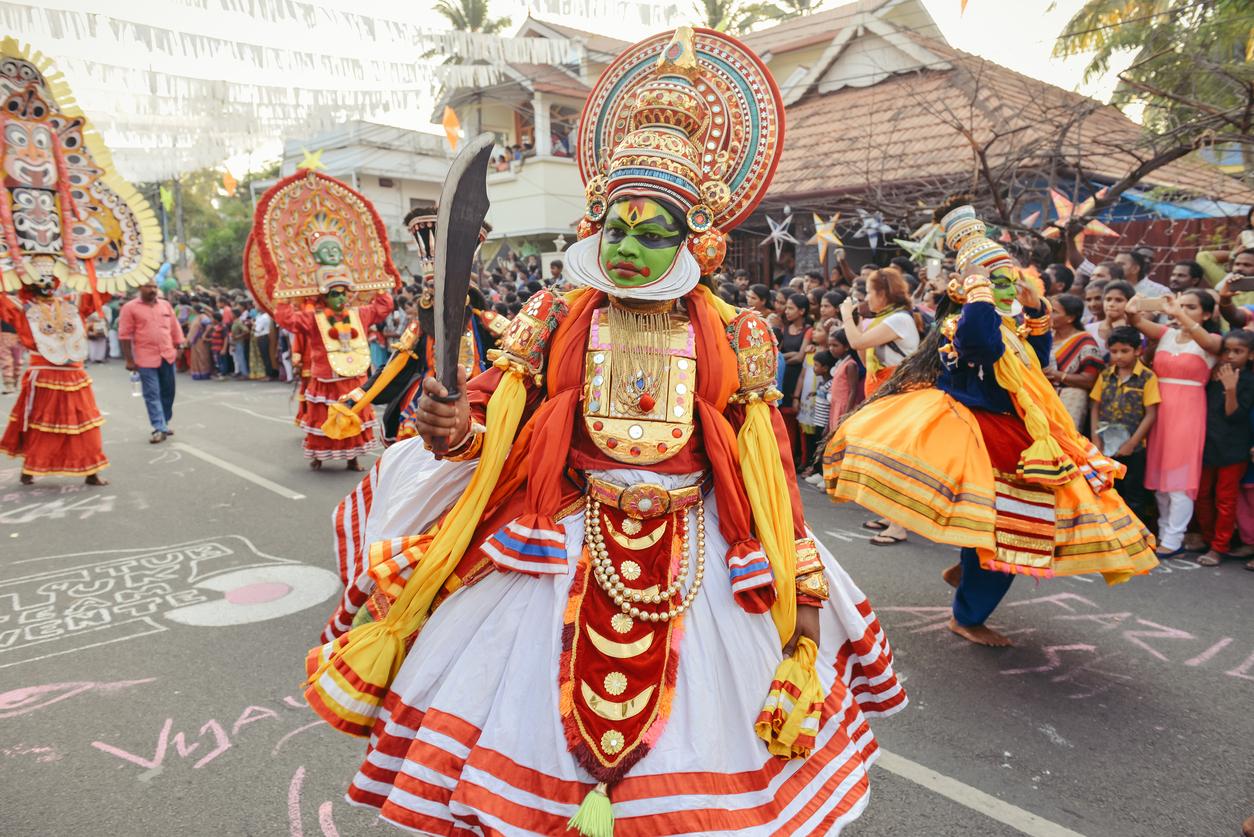 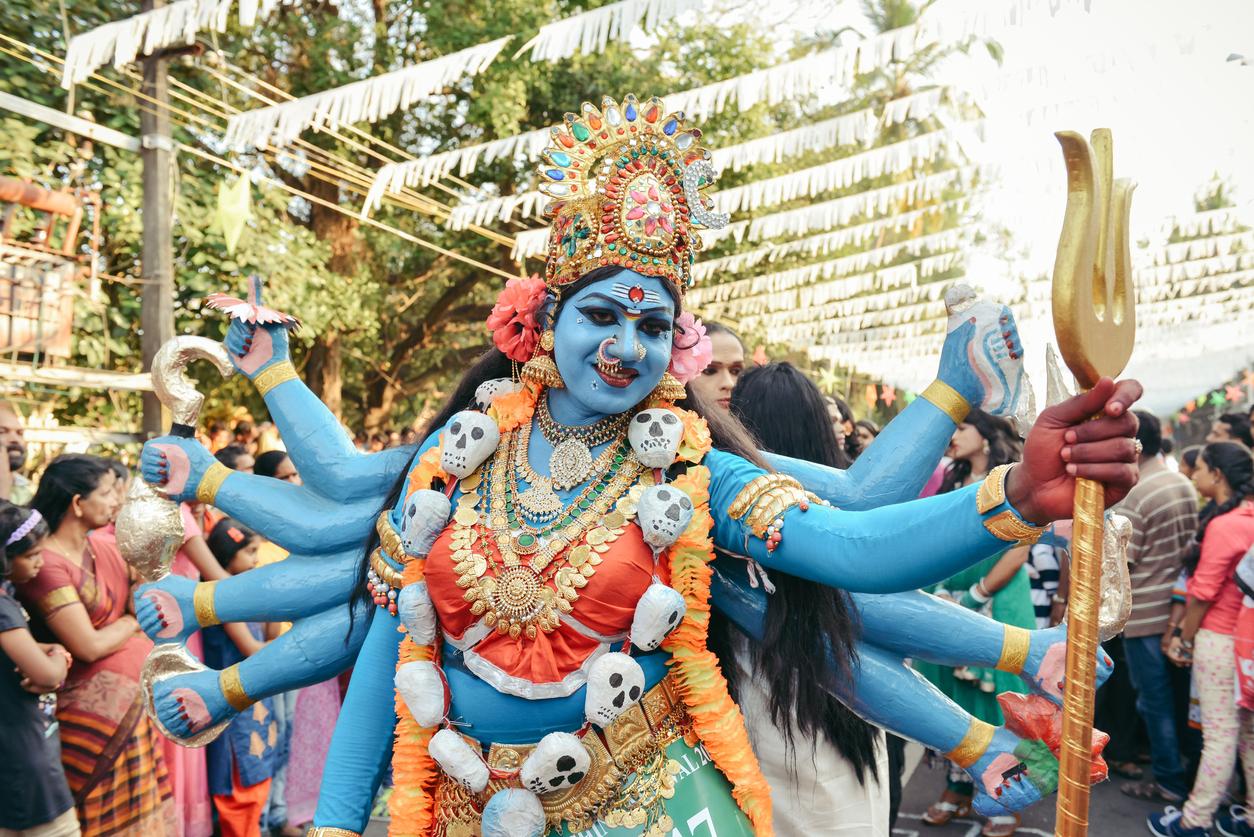 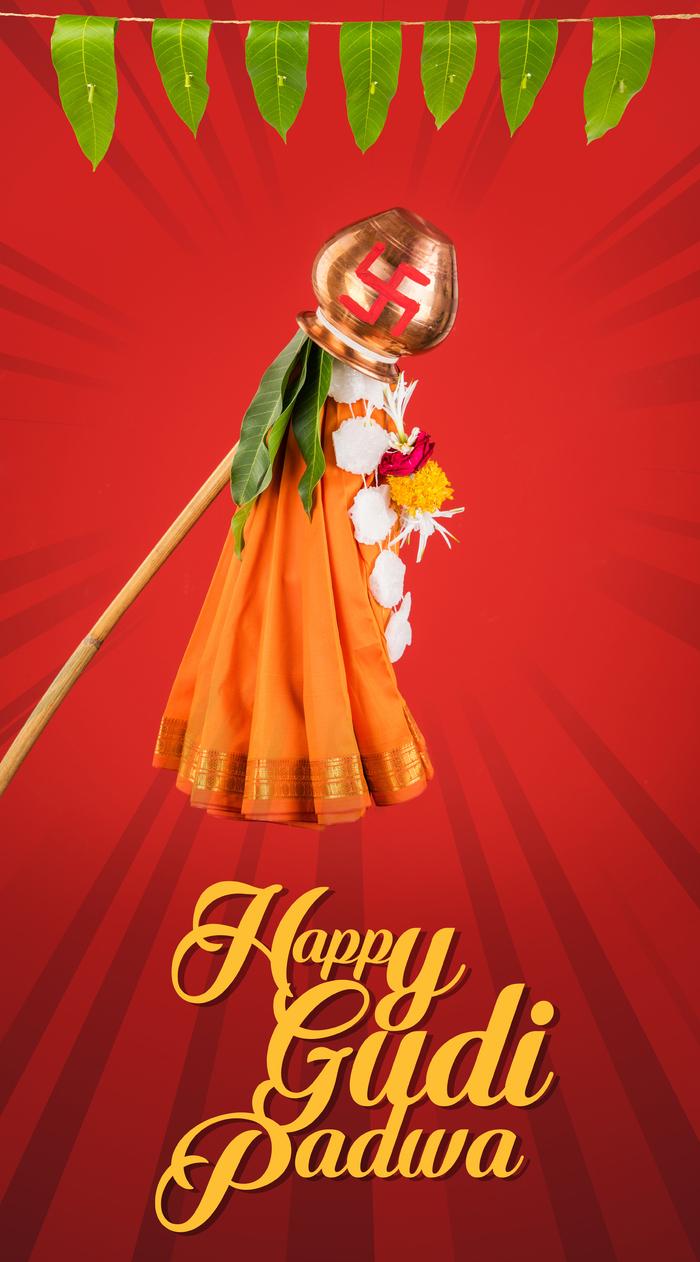 1 of 4
Indian New Year Traditions
Back to top