Who is Cupid and What Is His Relation to Valentine's Day?

For some, Valentine's Day is a blessed opportunity to create some romance with the one we love. For others, it's a cynical excuse for corporations to bleed more money from us with the purchase of disposable tat. As with many of the special days we celebrate, its origins are more complicated than we first imagine. Valentine's Day is a Christian feast day, honoring its namesake St. Valentine. If it is a Christian fest day, why is it associated with Cupid, a god found within classical mythology?

In this context, oneHOWTO asks who is Cupid and what is his relation to Valentine's Day? We answer by providing some background information on his mythology and how this relates to present day festivities.

You may also be interested in: How to ask a girl out for Valentine's day
Contents

There are many recognizable symbols linked to Valentine's Day. Valentine cards and other gifts are often adorned with hearts, but Cupid is the central figure. Although much more than a mascot, he is the embodiment of romantic love, even if his body is more celestial than corporeal.

Cupid is depicted as a young boy, although just how childlike he presents can differ. He will almost always have wings and is known for carrying a bow and quiver with arrows. These arrows are used to shoot into couples with the aim of making them fall in love with each other. His story differs according to the school of classical mythology. Here we can see the main differences in Greco-Roman mythologies:

Cupid was known for carrying two types of arrow in his quiver:

Being aware of the power he possessed, he allowed himself the luxury of sometimes rejecting the requests of his mother and the other gods to interfere in the lives of mortals. This resulted in problems for the gods themselves, resulting in various legends being created around him.

One such legend deals with a run in with Apollo. One day, Cupid got angry with Apollo because he made fun of his abilities as an archer. Consequently, Cupid caused Apollo to fall in love with the nymph Daphne and he shot her with a lead arrow. Daphne prayed to the god Peneus for help and to transform herself into a laurel tree, consecrating herself to Apollo. In this way, despite pranks and his characteristic rebellion, Cupid fulfilled his main task.

If you want to learn about mythology, you can take a look at our article on the difference between myth, legend and fable. You can also learn about the influence of classical mythology on the origin of Greek philosophy.

What relationship does Cupid have with Valentine's Day?

February 14th is the day marked on the Gregorian calendar to celebrate Valentine's Day. This date may differ in a minority of cultures. Although predating this epoch, it is a celebration which became especially popular during the 20th Century. Its origins stem from before this time as it was already a traditional holiday in many Anglo-Saxon countries.

This date has adopted different names such as Valentine's Day, Saint Valentine's Day, Feast of Saint Valentine or even the Holiday of Love and Friendship. The modern tradition focuses on couples expressing their love for each other, usually with special gifts or celebratory events. Despite its notably commercial characteristics, its starting point lies with the mythological Cupid.

The historical character of Cupid, represented with a child with wings, a bow and arrows, is responsible for making love arise between two people. Shooting his golden arrows at both parties, he makes them care each other and fall in love. For this reason, Cupid is considered to be the main representation of Valentine's Day.

Part of the reason Cupid exists is to explain the often ethereal nature of romantic love. When we fall for someone, we can rationalize the things we like about them which feel like love. However, the reason we love one person over another is not always rational.

Since the mythology of Cupid involves his intervention in a couple's lives, it takes away the agency of the individuals. Love can often feel like that. One day you are alone, the next you are madly in love with someone. This can be for better or worse. Although Cupid represents feelings of deep love and eros, his troublesome nature can be reflected in our own often complicated love lives.

Who does Cupid fall in love with?

Cupid had the power to make two people fall in love with each other with his arrows, but he also experienced love himself. From a remote land, two kings had three daughters. Psyche was the youngest and also the most beautiful. She couldn't find a husband because all men didn't consider themselves worthy to be with her.

Such was her beauty that she was renamed the second Venus, but the jealousy of Cupid's mother made her ask her own son to shoot arrows at her so that she would fall in love with the ugliest man in the universe. Cupid was so captivated by seeing her that he shot his arrow into the sea.

Cupid and Psyche met secretly at night to avoid the fury of Venus. But Psyche's curiosity, prompted by her own sisters, led her to bring the light closer to Cupid in order to see her beloved. Because of this, Cupid was disappointed and abandoned her.

Psyche tried to get Cupid back and asked for help from Venus, who assigned her 4 tasks. The most complicated was to deliver a bit of her beauty to the underworld in a chest. Upon opening it, Psyche fell into a deep sleep from which she woke thanks to Cupid's kiss, who cured her spite and decided to rescue her from that deadly sleep.

Psyche's fight moved the rest of the gods to the point of turning her into a goddess so she could marry Cupid. In that instant, he acquired butterfly wings. As a result of the marriage between the two, the three Graces were born: Castitas (Grace of Chastity), Voluptas (Grace of Voluptuousness) and Pulchrito (Grace of Neatness and a mixture of the first two).

If you want to read similar articles to Who is Cupid and What Is His Relation to Valentine's Day?, we recommend you visit our Festivities & Celebrations category.

The Best Valentine's Day Games to Play as a Couple
How to Celebrate Valentine's Day at Home - Romantic Date Ideas
Eurovision Party Ideas: Costumes, Food and Games
Classy Baby Shower Games and Ideas
Most read
1.
How to Make a Elf Costume on a Budget
2.
What to Write in a First Communion Card
3.
How Should the Godmother Dress at the Baptism
4.
How Do I Dress for a Christening or Baptism
5.
What to Wear on Sangeet Night - Women and Men
6.
What Is The Meaning Of Christmas Ornaments?
7.
How much money should a godparent give for a baptism?
8.
What Do Jews Eat During Hanukkah

Who is Cupid and What Is His Relation to Valentine's Day? 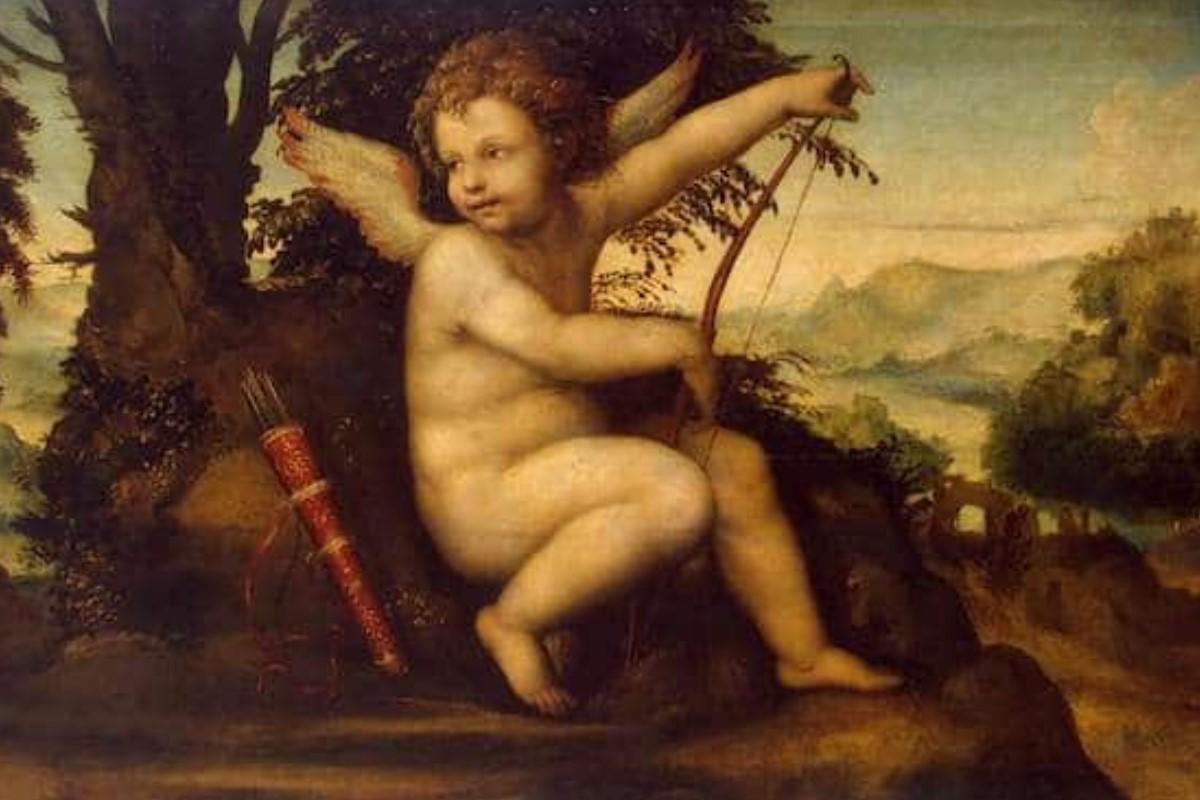 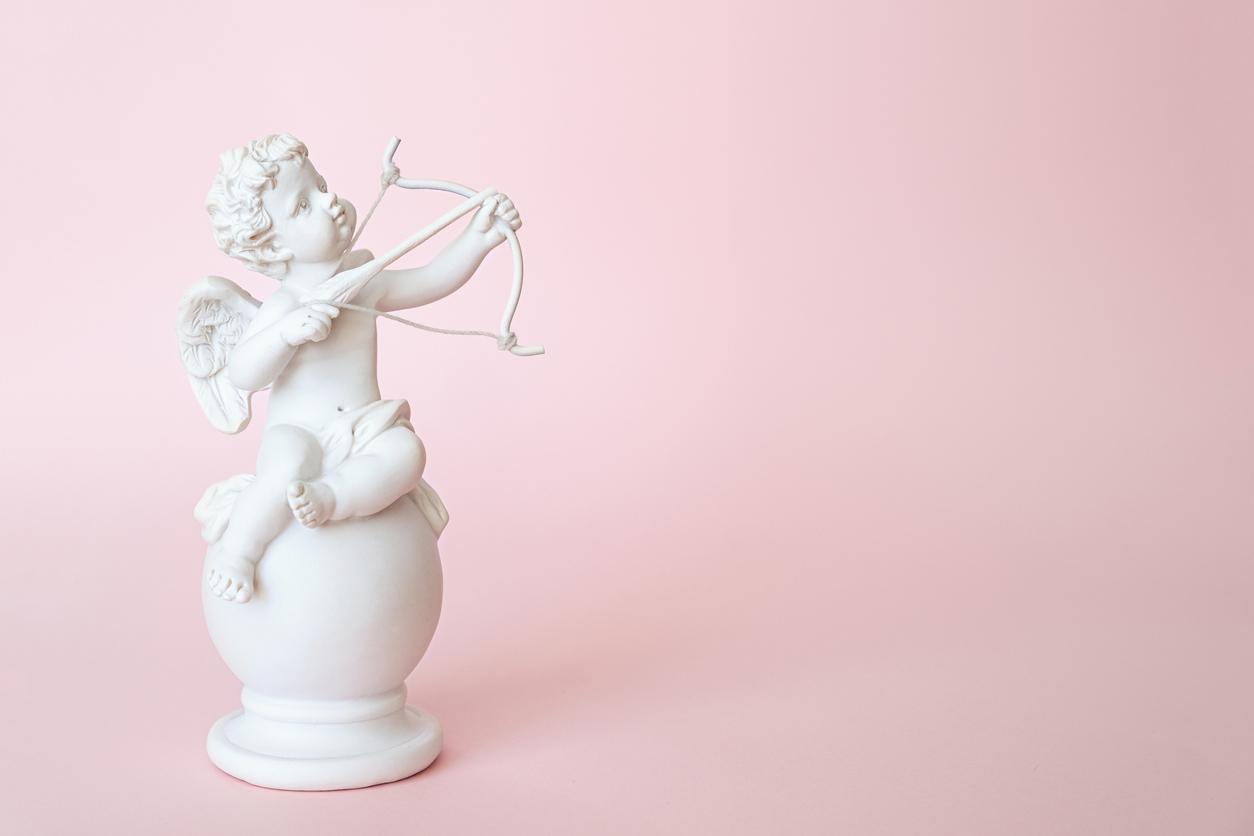 1 of 2
Who is Cupid and What Is His Relation to Valentine's Day?
Back to top