What Is Ramadan and When Is Celebrated?

Ramadan (sometimes spelled Ramadhan) is the ninth month of the Islamic calendar, during which Muslims abstain from eating or drinking during the day. Ramadan is one of the fundamental pillars of the Islamic religion and is a time of prayer, reflection, and fellowship. In 2022, Ramadan will begin on Saturday, April 2, although the date varies each year due to the lunar cycle.

This oneHOWTO article explains what is Ramadan, when it occurs, and what it entails.

You may also be interested in: When Is International Friendship Day Celebrated?
Contents

What is Ramadan and when is it celebrated?

Muslims observe Ramadan as both a period of fasting and a time of spirituality, during which they are able to renew their faith and draw closer to Allah through reflection, prayer, and abstaining from food. Additionally, it is a time of year marked by joy and celebration, which strengthens bonds between family, friends, and the Muslim community.

The annual observance of Ramadan marks the anniversary of Muhammad's first revelation. Accordingly, the holy month involves purification of the soul and renunciation of anything contrary to the Quran. Muslims refrain not only from food and drink, but also tobacco products, sexual relations, and sinful behavior.

The annual observance of Ramadan is considered one of the Five Pillars of Islam, which are fundamental practices in Islam that are obligatory acts of worship for all Muslims.

The Muslim belief is that all scripture was revealed during Ramadan. The scrolls of Abraham, the Torah, the Psalms, the Gospel, and the Quran were handed down over the first, sixth, twelfth, thirteenth, and twenty-fourth Ramadans, respectively. Muhammad is said to have received his first revelation during Laylat al-Qadr, one of the five odd-numbered nights that fall during the last ten days of Ramadan.

When is Ramadan celebrated?

Ramadan coincides with the ninth month of the Islamic calendar, which varies according to the lunar cycle and is advanced by a few days each year. It begins and ends with the appearance of the crescent moon. Therefore, the period of fasting and reflection can take place in any month of the Western calendar, be it winter or summer.

What is Ramadan about?

During Ramadan Muslims abstain from not only food and drink, but also tobacco products, sexual relations, and sinful behavior, instead focusing on salat (prayer) and the recitation of the Quran. Muslims are expected to devote more attention to following the teachings of Islam during Ramadan. It is a time for spiritual reflection, self-improvement, and heightened devotion and worship.

Fasting and praying during Ramadan

Strict fasting is one of the most important prohibitions that characterize Ramadan. This means that you are not even allowed to drink water. The fast begins at sunrise and ends only at sunset, when it gets dark. Every day, Muslims have a pre-fasting meal called Suhoor before sunrise, and at sunset, families break the fast with the Iftar. Both moments must be accompanied by a few minutes of prayer. On fasting days, reading and reciting the Quran is also an indispensable practice for prayer to intercede with Allah on behalf of the faithful.

The act of fasting is meant to distract the heart from worldly activities and rid the soul of harmful impurities. Muslims believe that Ramadan teaches them to practice self-discipline, self-control, sacrifice, and compassion for the less fortunate, and encourages generosity and obligatory charity (zakat). Muslims also believe that fasting helps develop compassion for the poor whose food is not secure.

The community during Ramadan

After the sunset prayer, Muslims gather in their homes or mosques to break their fast with a meal called Iftar, which is often shared with friends and extended family. During the night, mosques offer additional prayers in congregation.

Laylat al-Qadr, the Night of Decision, in Islamic belief is the night when the Quran was first sent down from heaven to the world and when the first verses of the Quran were revealed to the Prophet Muhammad. It usually takes place about 10 days before the end of Ramadan. The Night of Qadr is believed to bring blessings and mercy from God in abundance, sins are forgiven, supplications accepted, and the annual decree is revealed to the angels who carry it out according to God's grace.

The Eid-al Fitr in Ramadan

The end of the Ramadan fast is celebrated as Eid al-Fitr is one of the two major religious holidays in the Muslim calendar. Muslims not only celebrate the end of the fast, but thank Allah for the strength He has given them during the past month. Special services are held in mosques and a special meal is eaten during the day (the first meal of the day for a month). In some communities, Eid al-Fitr is celebrated very elaborately: Children wear new clothes, women dress in white, special pastries are baked, gifts are exchanged, relatives' graves are visited, and people gather for family meals and prayer in mosques. Muslims also donate money to charity on Eid.

How old do you have to be to begin Ramadan?

Children are not expected to fast until they reach puberty, usually around the age of 14.

In addition, Islam allows exceptions for health reasons or under certain circumstances. Elderly people for whom fasting could be harmful, pregnant women, menstruating women, or women who are in quarantine due to childbirth are exempt from the food abstinence that Ramadan entails. The same applies to people suffering from a serious or chronic illness, for whom fasting would mean an even greater deterioration of their health. In some cases, Muslims who cannot observe the commandment because of travel may also be exempt.

If you want to read similar articles to What Is Ramadan and When Is Celebrated?, we recommend you visit our Festivities & Celebrations category.

Mental Health Day - When and Why It Is Celebrated
National Siblings Day - When Is It?
Where is pancake day celebrated?
What Is the Happiest Day of the Year?
Most read
1.
How to Make a Elf Costume on a Budget
2.
What to Write in a First Communion Card
3.
How Should the Godmother Dress at the Baptism
4.
How Do I Dress for a Christening or Baptism
5.
What to Wear on Sangeet Night - Women and Men
6.
What Is The Meaning Of Christmas Ornaments?
7.
How much money should a godparent give for a baptism?
8.
What Do Jews Eat During Hanukkah

What Is Ramadan and When Is Celebrated? 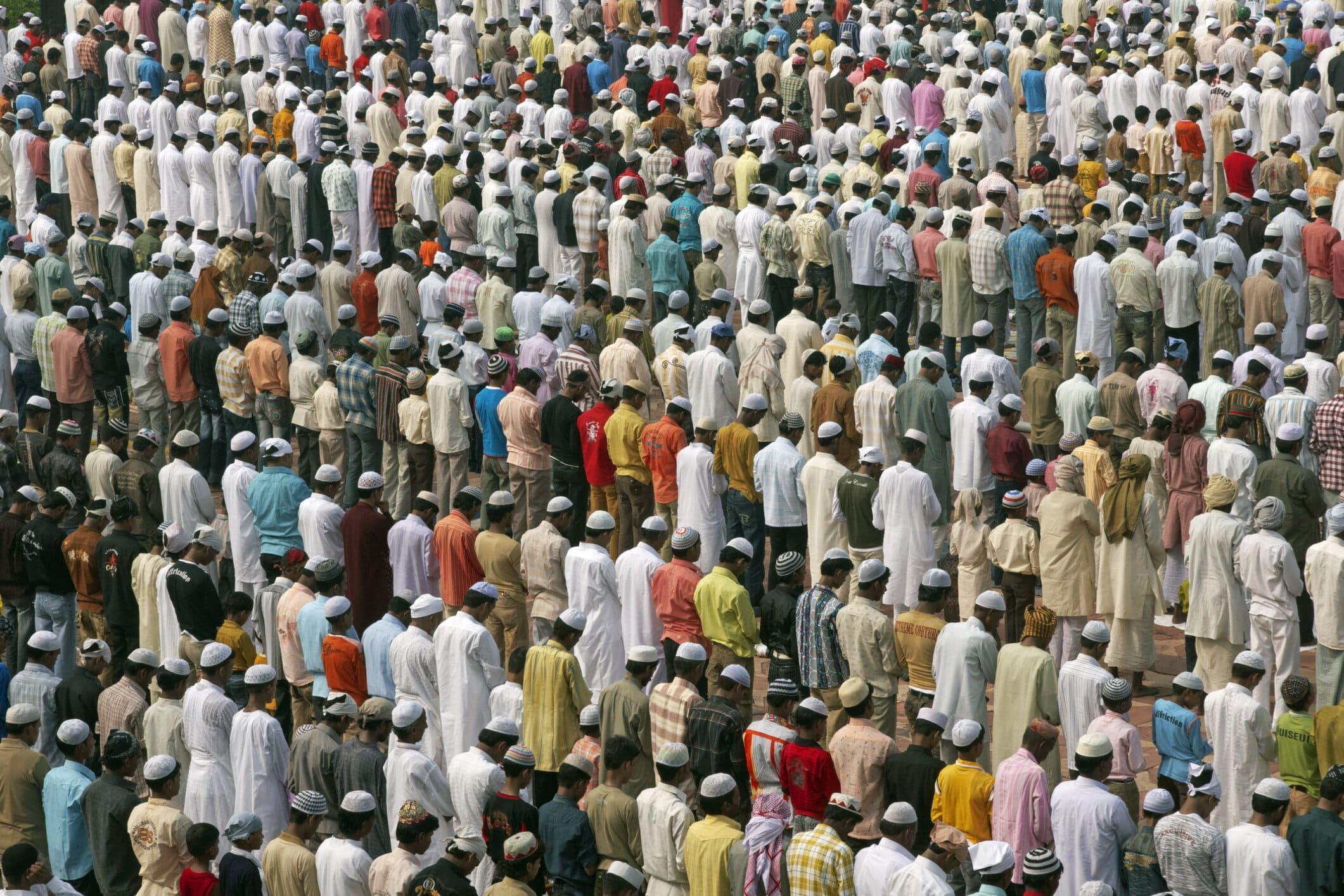 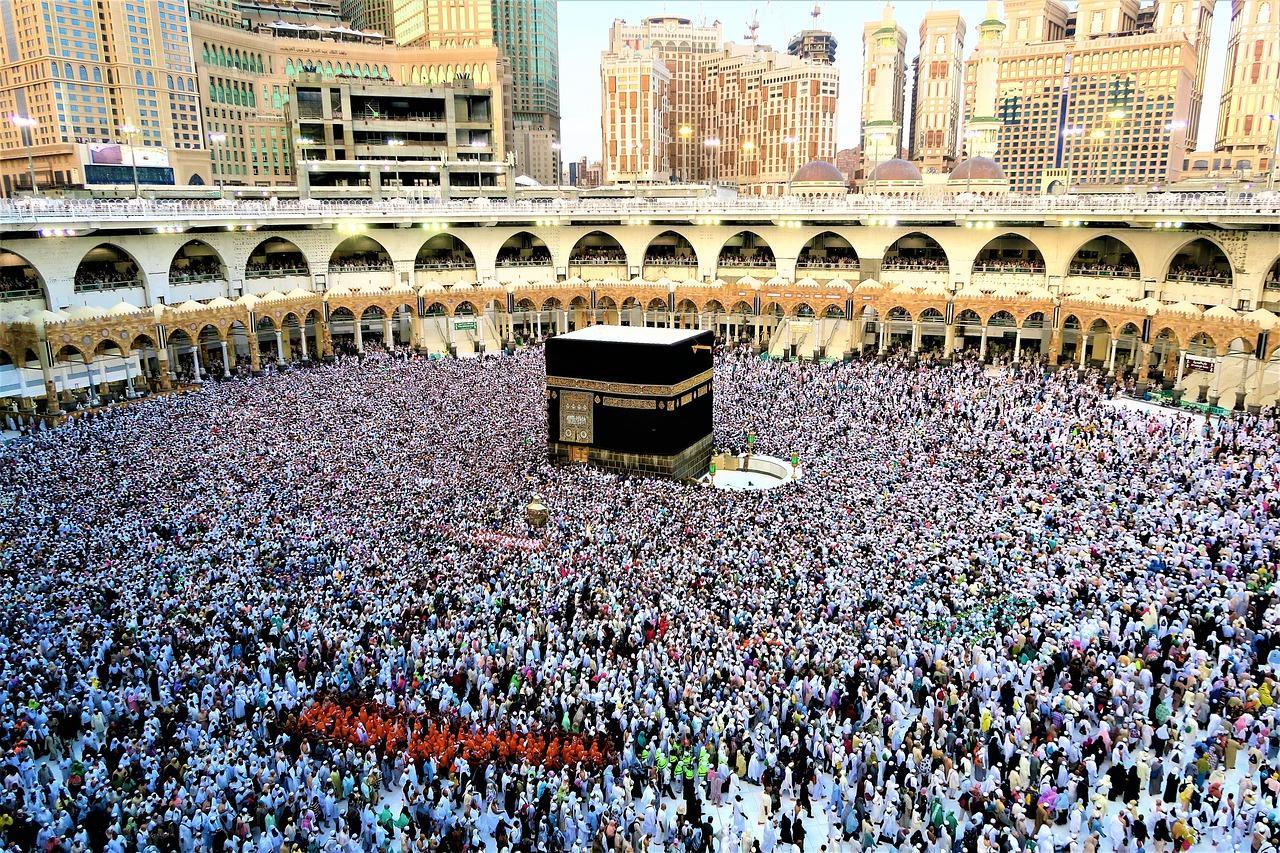 1 of 2
What Is Ramadan and When Is Celebrated?
Back to top